The theme of the 2017 season was the steam age, which is the 19th century.  Steam era named the steampunk, which is direction in fantasy to which game was just referring.

Robot had a task to collect balls and throw them to special cauldron, collect and transport gears, which had to be picked up by suitable person on the Airship. At the end he should pull himself up.

Richer with experience from season 2016 we used very intensively  6 weeks to work on the robot and we have improved the components as well as we can.

Captain of our team, Szymon Szostak thanks to his extraordinary involvement and charisma won the award of one of the founders of FIRST – Dean Kamen.

In addition, as a token of appreciation from one of the teams we received a prize for the biggest robot, and the inspectors appreciated us with the award for the cleanest/the most tidy Pit.

Just like in previous year we made a lot of new acquaintance with other teams and volunteers FIRST from all over the world.this gives us the opportunity to broaden our horizons and collaborations with teams, which we met.

We showed, that it doesn’t matter what divides us. It doesn’t matter where we from or czy what beliefs have been instilled in us. The most important is this what connect us. Passion, involvement, the intention to do more. Here: robots. 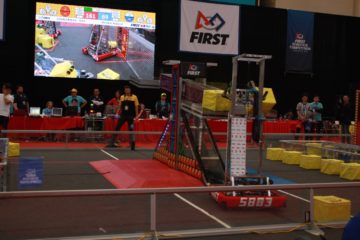 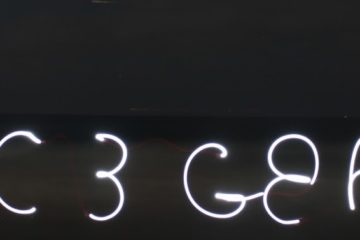